The information listed here is private and only shown to people who we as a system deem trustworthy enough, we expect that you dont take that trust lightly. Our family are not aware of us and as of now it should stay that way. Informing them or spreading it to them or outsiders looking in will cause more complications and even danger to us.You are never obligated to speak to us. If someone in our system makes you uncomfortable or you don't get along with them you are free to block them and not interact, this includes the hosts themselves.
Some of us are easier to spot than others via text or voice calls but if you aren't sure, just ask.NOTE
Everyone past the primary hosts are listed by age, not by time of forming!

Robin's status is a bit complex, he's a combination/polyfragment of the main person(Core), "Kevin", "Alex/Alec", "Zoey", "Devin", "Max" and a introject of Robin from Fire Emblem Awakening, many of the splits are caused from medical trauma and CSA, please be mindful of that when you interact with him.They (as a collective) prefer to be called Robin or Tenshi/Angel to not complicate things.NOTE:
Please try not to interact with him if you kin:
- Robin(M) - Fire Emblem: Awakening
- Isaac (Zack) Foster - Angels Of Death
- Shintaro Kisaragi - Kagerou Project
- Angel Devil - Chainsaw ManThese characters are very important to him as a collective and do relate to his identity as a whole, doubles or fictives of said characters are usually fine but does make him a little uncomfortable.His apperance can vary from day to day and often look similar to the characters listed above, his hair is usually darker and his right eye is silver while the left eye is amber/both eyes silver/both eyes amber.
He can also appear as a cat or a fox in the mental world.MORE INFO:
https://8bit-heaven.carrd.co

Edgar originated as a split from Devin in 2014~2015, today he's VERY far removed from that.
He's a survivor of CSA so please be mindful of that when you interact with him.He has a high sex drive and can seem sarcastic/insensitive at times.
He swears like a sailor and have little to no filter.
Overall he's joyful and charismatic, he's a big prankster and can seem somewhat selfish/narcissisic as he struggles with empathy due to how he formed, be patient with him if you engage for the first time. The few friends he has he values with his life so if he calls you his friend please note that he means it even if he struggles to show it.NOTES
- White.
- Is dating Violet.
- Very linked/synced with the host, they co-front a lot of the time.
- Only has one eye.
- He is NOT an introject of Denji, but he looks almost identical and kins him so he prefers if people who also kin him/are introjects don't interact with him.LIKES
- Sanrio
- Pokemon
- Gnomes
- Reptiles and Rats
- Chainsaw Man
- The Binding of Isaac
- Dead by Daylight
- FNAF (The Walten files and other FNAF VHS stuff too)

One of the earliest alters to form.Ryder is usually polite, he's very calm under fire and patient/laidback.
He can be bad at small talk but he will put in an effort if he likes you or if you engage him enough. Younger people who have gotten to know him better find him comforting and wise.NOTES:
- Mixed Korean.
- If stubborn was a person.......
- He is married.
- He is a doctor.
- He considers Mariam to be his sister, even though they are not related.
- Has a soft spot for children.
- He has 4 kids, 2 of them he shares with Mariam and Usagi.LIKES:
- Sewing
- Cooking
- Being with his family
- Playing games with his family
- Genshin ( loves to carry his family with his insane Itto )

One of the earliest alters to form.Mariam is very soft spoken and kind, she's motherly by nature.
She likes to clean and is very organized, she doesn't like when it's too cluttered or dirty around.
Although she's usually happy she absolutely hates liars and will sniff you out if you try to, it's wisest to be upfront with her and not get on her bad side.NOTES:
- White (Russian).
- Lesbian.
- Is dating Usagi.
- Mother of Alice.
- She considers Ryder to be her brother, even though they are not related.
- She has 3 kids, 2 of them she shares with Ryder and his Wife.LIKES:
- Lolita fashion
- Cutesy aestetics
- Taking care of children
- Rythm games (Love live, OSU etc)

Yuki is charming and sly. He's good at getting information out of people but mostly uses that to make sure the system gets the correct healthcare we need. He can be catty if he's pissed off at things but is generally a good person who wants the best for people.
He values children's safety above all else and will fight tooth and nail to ensure a safe space for them.Due to trauma he can be hypersexual, he often jokes and makes light of things despite it.
He LOVES to make jokes and doesn't care if they are bad or not, making people laugh fills his evil meter up I fear.NOTES:
- Egyptian + Japanese.
- Homosexual.
- He is taken.
- Best friend of of Kirby.
- Has ram horns on his head.
- Has a strong australian accent.LIKES:
- Terrible movies
- Genshin Impact
- Dead by Daylight
- Cardcaptor Sakura
- Splatoon

One of the earliest alters to form.Melody can be rather sassy/bossy on the surface, but she's actually very anxious. Despite that she often deals with confrontation within the system as a manager of sorts.
She's usually very straightforward, blunt and honest with people, conflict isn't neccesary and she does her best to make sure things don't get out of hand internally.NOTES:
- Black Albino
- Lesbian
- Is dating Mariam.
- Mother of Alice.
- Has a somewhat strong british accent when she speaks.
- She has 3 kids, 2 of them she shares with Ryder and his Wife.LIKES:
- Goth aestetics
- Make up and nail art
- Music (fav is pop/hip-pop and R&B)
- Rythm games (Love live, OSU etc)

Bee or Kirby is a merge between an alter named Aster and Lennon (both are obviously inactive and won't be listed due to that).Its primary job is to help around with keeping traumas in check, because of that it appears rather monotone or dull. It often works with Yuki to keep track of people and their emotions to make sure no one is relapsing or harming the body.
Its not good at taking care of itself however, but don't be afraid to speak to it. It means no harm and is a very friendly person once it loosens up to you! Its comfort animal are Bees and it loves anything to do with them.NOTES:
- Asexual (sex repulsed.)
- Best friend of Yuki.
- Rather monotone speech pattern
- Tends to over-eat due to an ED.LIKES:
- Bees
- Sleeping
- Minecraft
- Dead by Daylight
- Ensemble stars Music

She's a softspoken and calm individual. Often very calm and collected and unconditionally sweet and caring to those around her.
She's very shy and a bit of an airhead so she doesn't often speak to people she don't know when she fronts. She formed from severe group harrassment that almost lead to a heart attack, she's therefore very concious about the body's heartrate and either forces out or informs the other admins whenever she thinks the body might be at risk. Additionally she primarely takes care of and guards Edgar.NOTES:
- Japanese
- Trans woman
- Is dating Edgar.
- Can be very clumsy and jumpy at sudden movements or loud noises!
- Loves flowers and foliage and often smells flowery thanks to that.LIKES:
- Sanrio
- Magical girl stuff
- Basically anything Edgar is into she tries to get into aswell

Alice is an alter divided into two states.
One (A) being a adventurous and friendly young child, she's very playful and hyperactive and loves to play with others, be it animals or people. And one (B) being a somewhat standoff-ish teenager. A much more reserved mature and polite state of mind.
Both sides are stubborn and determined despite the drastic shift.
Overall she's a very charming and smart young lady who is not afraid to say what's on her mind, she struggles to find a place in the world so be kind to her.We believe her to be partially a childhood memory holder due to her childlike state.NOTES:
- Child of Mariam and Usagi.
- Her characteristics can flip flop heavily depending on what age she is at that moment in time.
- She's largely seen as a little sister to the whole system, if you mess with her you're on everyone's bad side.
- She often makes trinkets for people she likes.
- Her favorite people besides her parents are Yuki and his boyfriend David.LIKES:
- Nature and wildlife
- Foliage and greenery overall
- loves birds of all kind (her favorite are ducks!)
- Alice in Wonderland
- Animal crossingWe are unsure exactly when she formed, but she started fronting in early 2019.

Our system is an open secret as of now, do not share this page with strangers and don't talk about our status as alters outside of people you know already knows about our existance.
Respect our boundries and traumas and we won't have any trouble with you.
If you've been handed this page that means that our primary hosts trusts you enough to read through it.Thank you for wantin to learn more about us! Sincerely: all of our "Heaven" system. 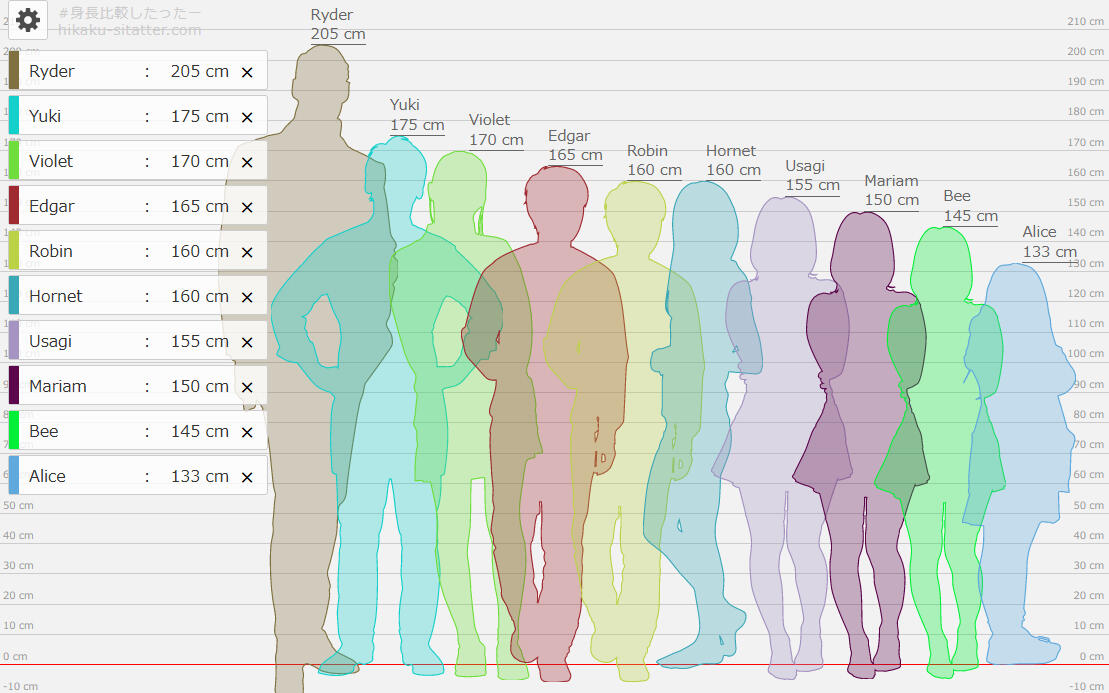